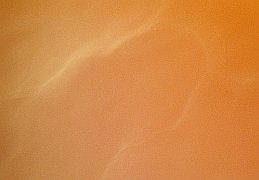 Velatura effect obtained with Lumicca paints based on acrylic Murimal 200 priming paints gives an amazing light effects. The color of walls in this effect depends on the chosen color of the Murimal paint, and the transparent Lumicca paint are responsible for color of glare and reflections. Overall, this effect is best visible with the appropriate lighting, thus is often used in connection with architectural lighting. Characteristic flares can also bring out the rays of the sun because the effect is highly variable – its reception depends primarily on the light because it only brings out the effect of transparent Lumicca paints.The technique of applying of Velatura paints is in this case similar to the technique of applying the Guantato effect, but here, transparent paints are used and in addition are used singly. However, the similarity are the obtained patterns, with the difference that here without proper lighting the patterns will be looked pale.
Is it difficult to apply such a finish by yourself? Theoretically no, but in this case there is no way to improve the error and the primer color layer likes to cause an unpleasant surprises, especially if it is improperly applied or not completely dried up, so to create the Velatura effect with Lumicca paints on the colorful Murimal 200 you need to have some skill and artistic sense. Without them it remains only to ask for the assistance of an experts, which is not at all a bad idea, considering that the effect will be visible for many years.

WHERE TO TAKE VELATURA EFFECT?

Velatura effect can be described as a very strongly variable – the way it will be seen depends primarily on the amount and direction of the light, and this allows for finding the best applications for this type of finish.

Theoretically, all transparent paints are suitable to create the Velatura effect, but there are several reasons why you really want to invest in Lumicca pains.