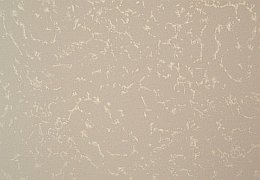 Spugnato this the pattern, that took the name from the Italian word for sea sponge. It is also the working tool, that enables to obtain such a pattern. Lumicca Pearl, is on the other hand one of the finest and most durable acrylic paints used for the creation of decorative effects, which is why we suggest you to use it for Spugnato effect.

Spugnato pattern is perfectly irregular, finally makes the wall no more smooth and naked, adds the depth of colors and results in the formation of discrete flares, which are formed at the place where the wall is covered with a different amount of paint. This kind of pattern perfectly masks irregularities and imperfections of both the wall and the previously applied layers of color. At the same time Spugnato effect has great details. Regardless of how far away are you watching the painted element, its soft, warm texture is always visible.

Execution of Spugnato effect is not difficult, but in order to achieve satisfactory results you need to make a good selection of color of used paints. Keep in mind that Spugnato pattern is not perfectly flat, so there will erect some certain inequalities on the painted element, which will impact the play of light, which will change the perception of color, deepening it and adding contrast. At the same time you can be absolutely sure that, thanks to the use of decorative paint Lumicca Pearl, the result will be very durable and attractive, because it is a high quality coating.

The combination of Lumicca Pearl paint and Spugnato is a brilliant idea for some places. For other it is one of the best alternatives for a classical finish.

HOW TO GET SPUGNATO RESULTS?

To apply a decorative layer you should use Lumicca Pearl paint double diluted with water. Also, be sure to apply this layer only after thorough drying of the first layer to avoid accidental removal of the deeper layers of covering.