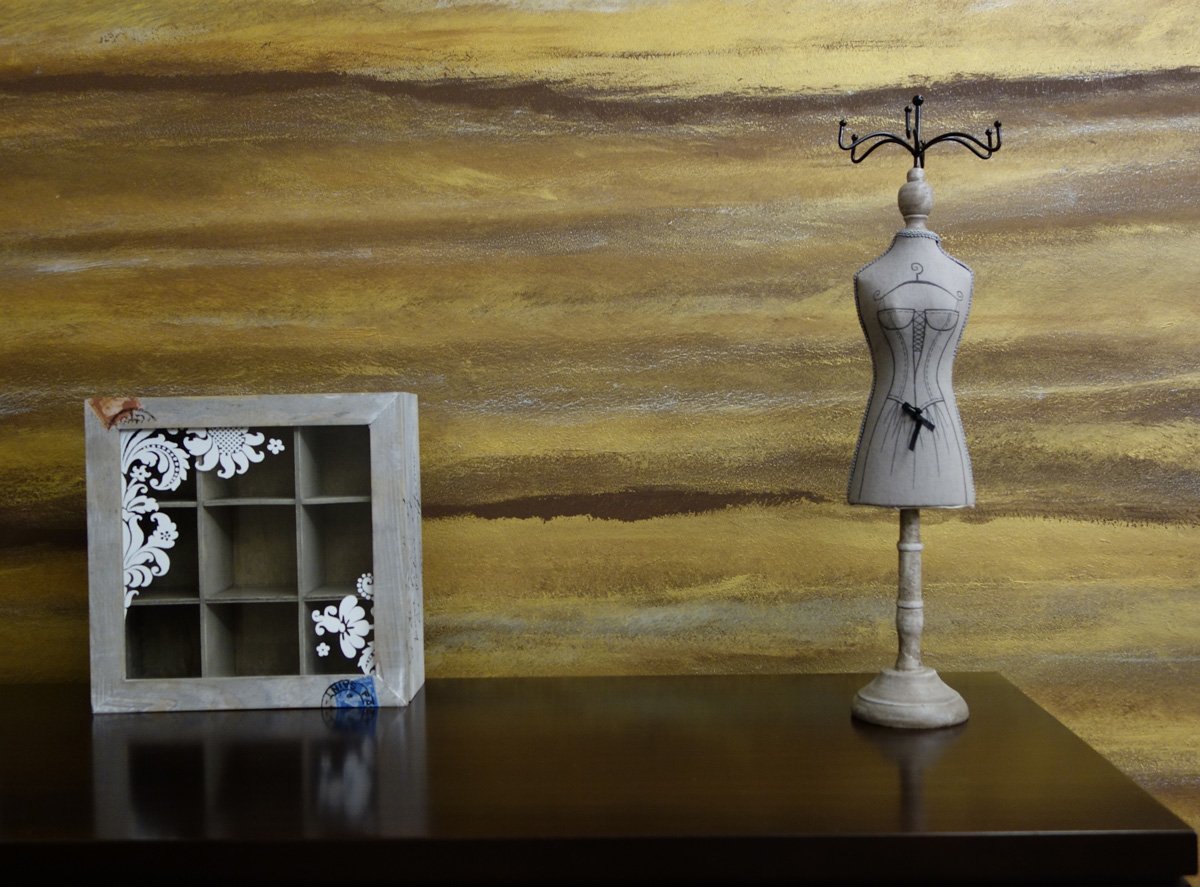 Metalizzato is an extraordinary decorative effect, which makes possible for each wall to look like if it was covered with metal plates of a non-uniform color. This effect is available in three colors: gold, silver and interference green. For each of these colors, you can choose a different glow color, so that each effect is unique. The final look of the wall will depend on the color of the effect, color of the glow and the paint used as a primer.

The Metalizzato effect can be applied to a series of colored products Ekorsil, Murimal 200, Bucciato, Marmorino or Marmorino PV. To get a final appearance of metalized surfaces, apply two coats of Metalizzato preparations: basic one and the paint responsible for the color of the glow. This process requires considerable experience and a lot of patience, but the effect is worth even the long waiting.
Metalizzato works well both in the bedrooms and living rooms, as well as offices and atmospheric restaurants, hotel lobbies and as a decorative element of conference rooms. Different effects might be achieved depending on the selected set of the colors and the size of the surface: from gentle illumination of the room up to its optical reduction and the feeling of being overwhelmed.

Popular applications include uniform coverage of small walls or applying partly to larger surfaces. Since in any case, you get a durable, dirt resistant layer, Metalizzato paint for special effects can be used virtually anywhere.

Proper execution of Metalizzato effect is not easy and requires several successive steps.

The effect given by this paint is truly remarkable in visual terms. There are lots of possibilities, because it all depends on the choice of colors for each layers, but in any case it is an unusual and surprising effect. Especially that thanks to its metallic glow it reflects light differently at any time. An important functional aspect is its high resistance to washing, so that the Metalizzato effect also can be used where there is a serious risk of of the walls contamination.