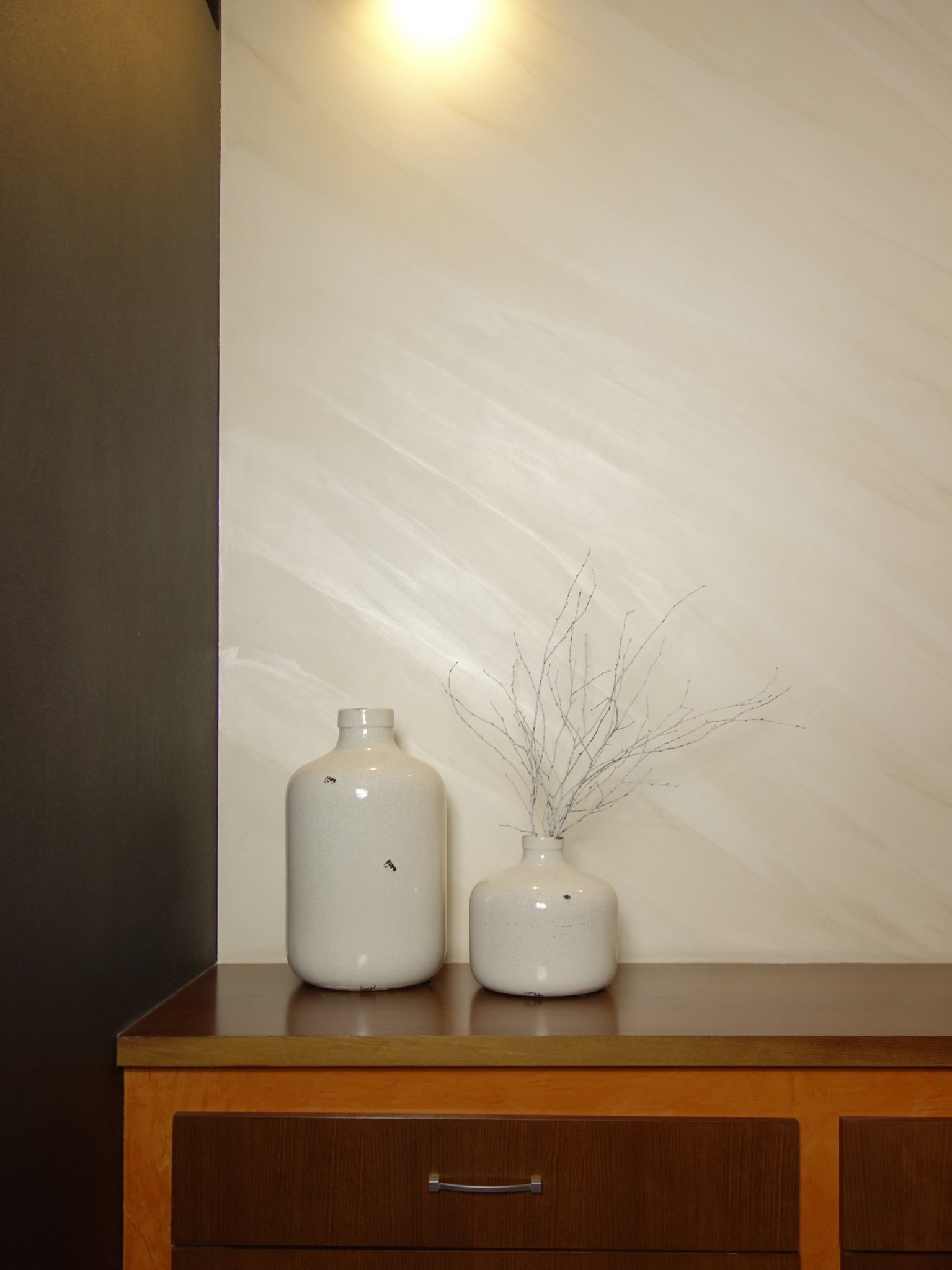 Veneziano effect requires quite a lot of work, and the application of a variety of preparations, including at least two paints, one of which is semi-opaque Lumicca Pearl paint. It gives a delicate satin glow to finish and is used to mark multicolored patterns in a simple diagram. Veneziano is one of those effects that turns simple finish into something really exclusive and extremely beautiful.
Elegance and high resistance to dirt make Veneziano effect ideal for investors who want to obtain a perfect appearance, but without the use of structural solutions. Simplicity is in this case the basis for elegance. Perfect look of finish in case of Veneziano effect is a result of the perfect game plan for play of colors and gradations between them.
Execution of Veneziano effect with Lumicca Pearl paint requires a perfect aesthetic sense in the planning stage. The execution itself is also not an easy task because it is necessary to combine different elements of colors, and it should be done quickly – Lumicca Pearl paint dries fairly quickly and shaping of Veneziano effect is only possible on a wet coating, when the paint can be well distributed and does not cause smudges at the same time. What’s important, in our plans for the effect we should take under consideration not only the primary colors, but also the color of gloss that will appear depending on the choice of base color for Lumicca paint: pearl, gold, interference green, red, navy blue and interference tints of gold or the lack of glow with apparent gloss.