Hotels are designed in accordance with the general guidelines of interior designing, but there are some important nuances that must be considered to obtain truly functional interiors, and at the same time have a chance to become the flagship of the hotel more or less equally attractive as its logo.

They sometimes take up almost the entire widely available space sector, and thus the reception room and the lobby space. Even in large hotels, where the ratio of their surface to the total is slightly smaller, the specific role of circulation areas should be provided for and integrated in the project. On the one hand, this means the potential obstacles sholuld be removed from the route of communication route, so the furniture and other accessories, but also unnecessary steps or driveways, and on the other hand it creates the necessity of arranging this seemingly less favorable design space. In this role multicolored stone floors and carpets work best as well as object-oriented design elements that are also specific determinants of route ranges.

It is a special place, which firstly focuses on image points and, secondly, on the functionality. Apart from appropriate choice of furniture, including the main reception counter, the interior designer must plan space possible to be used for promotional purposes. Importantly, the reception is usually close to major transport routes, so it also determines the design possibilities.

Rooms occupy the greater part of the hotel. Their design is a difficult task, because on the one hand they are functional rooms, but for various reasons, they are arranged differently. This is determined by the regulations, practical considerations and image aspects.
Most frequently several projects are prepared, because although most of the rooms are very similar to each other, there are also exceptions – individually designed suites or rooms in another wing, in case of the larger hotels offering rooms designed with the aim (for travelers with children and people traveling in business). When designing hotel rooms you must also take into account their functionality of the staff point of view, not only guests, and it sometimes limits the freedom of the designer.

In the case of city hotels, this problem is often underestimated, but it grows to large proportions for smaller motels and accommodation facilities. It is, of course, design of the immediate surroundings of the hotel: access road, traffic routes, patio, terrace, summer garden restaurant or a direct curtilage. This task is also dealt with the architects working on the interior, their purpose is to provide aesthetic and functional consistency across all zones of the hotel, which has an impact on how visitors will perceive the object. Of course, interior design of the hotel has to anticipate what is not the case of private home designing, the degree of wear in time, and this is due to the intensity of the exploitation.
Hotels are very diverse objects, often even within a single network. Their individuality creates a specific atmosphere of the place, but in the design of hotels it is not the only goal – the project must facilitate the simultaneous servicing for multiple guests.

In Each hotel has got a public part and closed for guests (which does not mean that it is completely invisible). The first is usually treated by the administrators of the objects as an aesthetic showcase, hence fountains and even palm houses in the hotel lobbies. On the other hand, the maintenance part of the reception desk is the part already closed. Here, designers have a tough nut to crack, because consistent aesthetics should be kept in both parts of the building, but the approach to the functionality will be completely different. If, in the lobby stone floor would be a good idea, it does not necessarily remain so at the reception zone. Much depends on the custodian’s concept or the style of the building, because here some restrictions or indications for specific materials or finishing techniques may derive. It should be added that maintaining the same aesthetic standards, which in the main part of the building, it is necessary also in the rooms with a large number of them raises problems of a financial nature (though not all rooms can be equally luxurious).

When designing the hotel, the use of the object should be considered.
Interior finishing must be chosen according to the intensity of the planned exploitation.
And the exploitation varies in different areas of the hotel and custodian must decide whether the facility will be stylistically homogenous, whether wandering the floors will mean a journey through different styles, which is sometimes used in designing largest hotels.
It is worth noting that the extension of one aesthetic style over a larger area can lead to monotony – a good way out will be internal differentiation of style, which only best interior designers can do. Today, architects employ their own designers, but are the results of their work satisfactory? Well – every object can be designed in many ways, but if you miss this individual approach, the effect that will come out will be very stereotyped, and that is not a good prediction for the hotel, as evidenced by the increased interest in some hotels after their renovation, in which interior design was a subject to change. 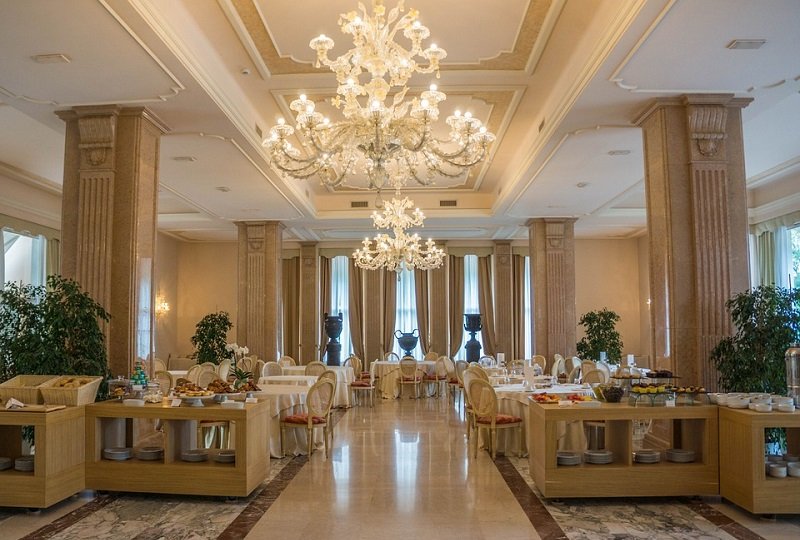